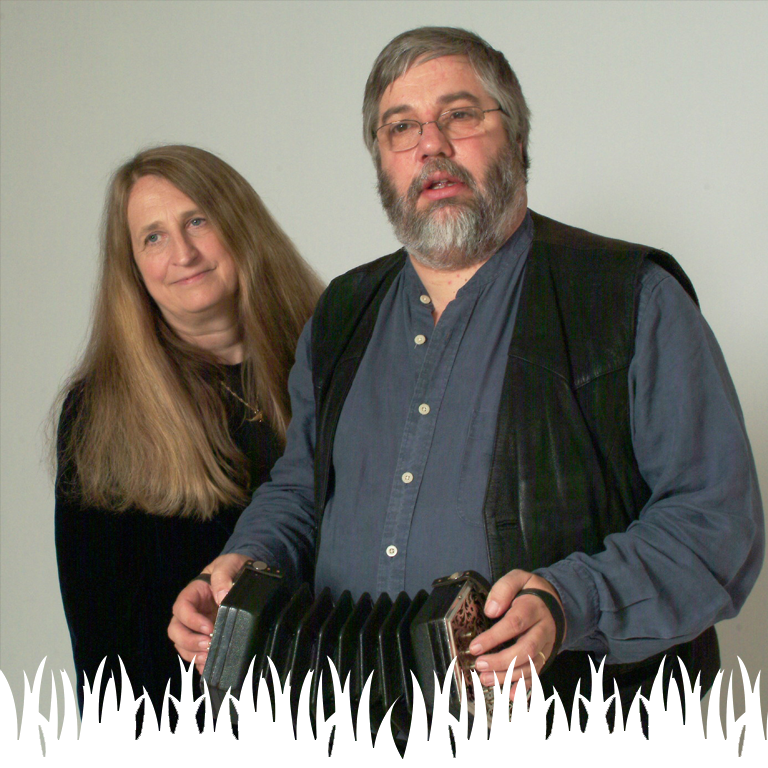 Dave and Anni joined forces in 1985, after spending many years around the folk club scene, in which time they featured on several albums made by other performers.

Within a short time they teamed up with friends Charley Yarwood and his wife Cathy to form the acapella harmony group Beggars Velvet. The group were very soon in demand for clubs and festivals and recorded their only album, Lady of Autumn. They made two tours of the USA in 1990 and 1991 before they stopped performing together in 1993 after eight very successful and happy years.

Since then Dave and Anni have continued to work as a duo, making their duo debut on stage at the Eisteddfod Festival in Dartmouth Massachusetts in 1993 to begin a very successful career as a harmony duo, working largely acapella and featuring mainly traditional and traditional idiom material. They have worked extensively in the UK and the USA to much acclaim and now have five albums of their own to set alongside the Beggars Velvet recording, which is still in demand after many pressings.

As well as touring concert venues, clubs and festivals Dave and Anni have also been involved in a number of special musical and dramatic productions on both sides of the Atlantic. They toured provincial theatres in England in 96/97 taking substantial singing and acting roles in the stage musical “The Widows Uniform” a fully dramatised production of Rudyard Kipling’s Barrack Room Ballads. And more recently, in the USA, they took the parts of Henry and Susannah in Peter Bellamy’s Ballad opera “The Transports”.

Dave and Anni have featured on both local and national radio in Britain and also performed a live concert (with studio audience) for Radio WGBH in Boston, USA.

Although Dave and Anni perform substantially at home in the UK they also make at least one trip each year to the United States, where they have an established following and have also performed in Holland, Denmark and Finland.

Anni has developed a specialist repertoire of songs originating from her native North East, and Dave has been writing songs in traditional vein since 1982 many of these are widely sung and have become part of the general song repertoire of singers all over the world.