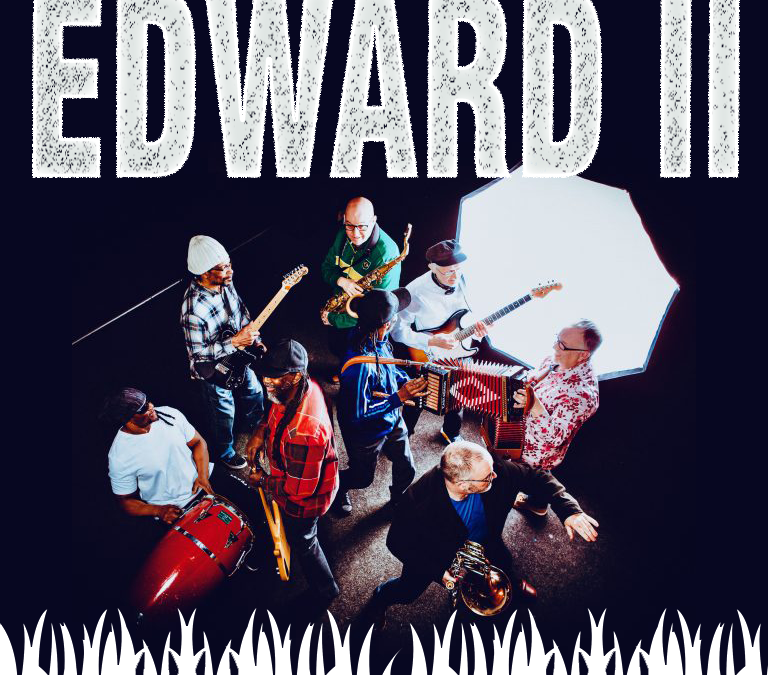 Edward II, are an English roots band that uniquely blend the rhythms of the Caribbean with traditional songs from the British Isles.  Back in the nineties the band was signed to Cooking Vinyl Records and Rhythm Safari in the US.  They worked extensively across the globe touring world music, reggae and folk festivals on almost every continent before finally calling it a day in 1999.

In 2016 the band came back and released a CD called ‘Manchester’s Improving Daily’.  The album received a plethora of positive reviews, including Four Stars in both Mojo Magazine and The Guardian.

Now the band have been working on a set of tunes collected from the fields of Jamaica (by landowner Walter Jekyll) at the start of the last century and later immortalised by the Jamaican poet, folklorist, writer, and educator Louise Bennett-Coverley (more commonly known as Miss Lou), who originally recorded many of the songs in the 1960s.

The new album is titled Dancing Songs and the band are appearing at a number of UK festivals, performing the new songs and re-visiting many of the old throughout the summer.

Still upbeat, and with rock-steady rhythms, blazing horns, fabulous harmonies and fiery melodeon melodies, the band continue to amaze audiences across the UK and Europe.