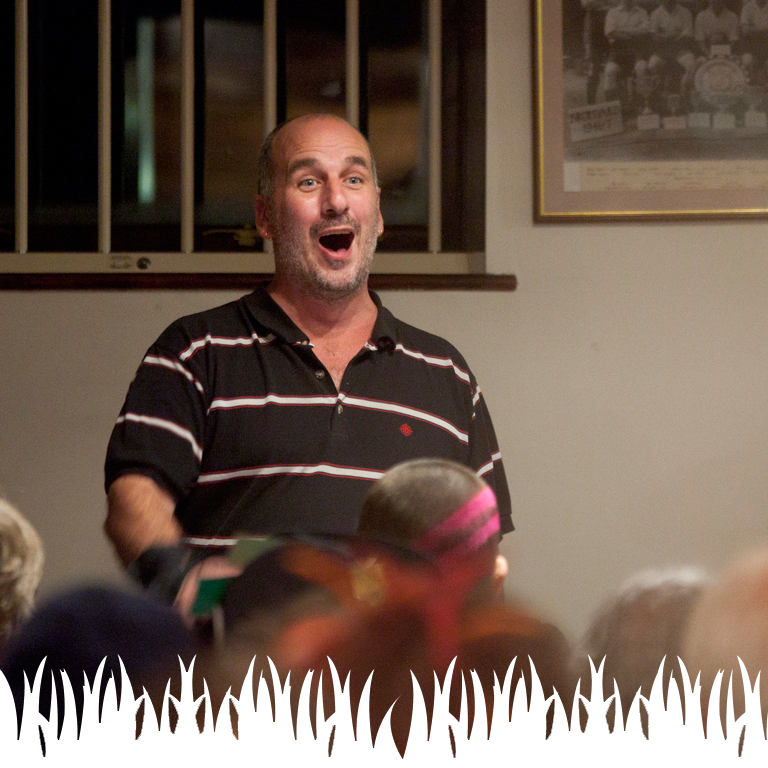 Graeme’s involvement with folk music goes back over 20 years. He was director of the Doncaster Folk Festival for several years and has been involved in the running of several clubs. Graeme enjoyed a high profile with the Group “Landlocked” for 6 years although his repertoire is not restricted to just Shanties, it encompasses Traditional Love Songs, Mining Songs, Gospels, Drinking and Music Hall Songs and some more recently written contemporary songs – many with good enjoyable and singable choruses. His rich baritone voice draws you to join in the singing and his delivery and presence make for a most memorable evening.

Graeme’s various voyages with the Jubilee Sailing Trust means he delivers his signature song “Don’t disable me” with extra gusto.

As well as being a regular performer at many Folk clubs and Festivals in the UK Graeme regularly appears at clubs and festivals in The Netherlands , Germany, Belgium, France as well as further afield in America, Canada and New Zealand

This website uses cookies to improve your experience while you navigate through the website. Out of these, the cookies that are categorized as necessary are stored on your browser as they are essential for the working of basic functionalities of the website. We also use third-party cookies that help us analyze and understand how you use this website. These cookies will be stored in your browser only with your consent. You also have the option to opt-out of these cookies. But opting out of some of these cookies may affect your browsing experience.
Necessary Always Enabled
Necessary cookies are absolutely essential for the website to function properly. This category only includes cookies that ensures basic functionalities and security features of the website. These cookies do not store any personal information.
Non-necessary
Any cookies that may not be particularly necessary for the website to function and is used specifically to collect user personal data via analytics, ads, other embedded contents are termed as non-necessary cookies. It is mandatory to procure user consent prior to running these cookies on your website.
SAVE & ACCEPT