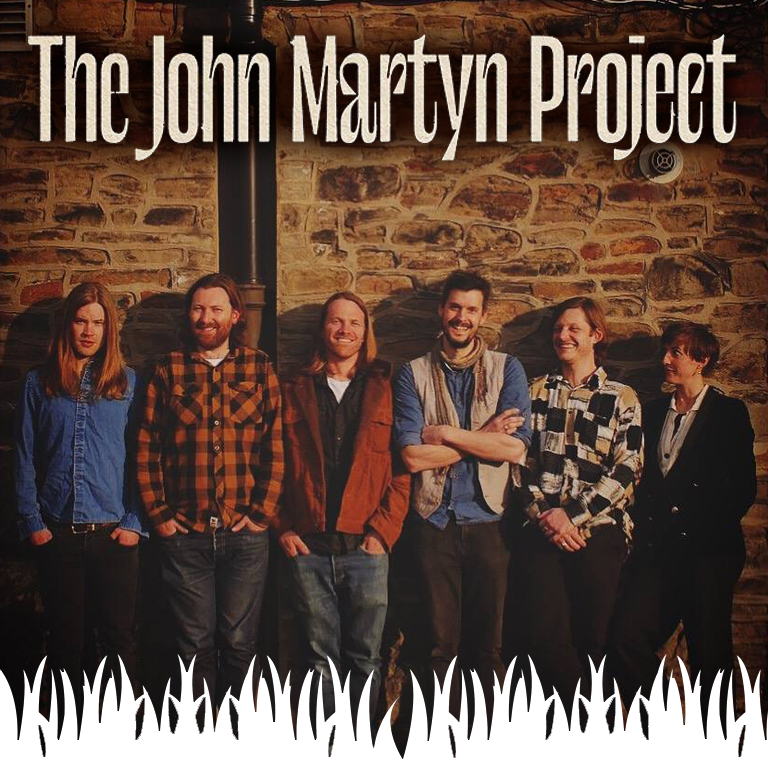 Featuring four of the most interesting vocalists spanning several different musical paths of the UK music scene,Blythe Pepino, Kit Hawes, Pete Josef and Sam Brookes, this is a special project where four artists come together to celebrate the music of John Martyn.  Each brings their own story and connection to John’s music which adds to the fabric of the overall experience of the project and the many different aspects and eras of Martyn’s music is delivered in a sensitive and poignant manner.

In the wake of a special sold out show in July 2018 at the Jazz Café in London, the thought of not doing this again was unfathomable and so The John Martyn Project was born.

John Martyn was born Iain David McGeachy in New Malden, Surrey. His parents, Betty and Tommy, were professional light-operatic singers who worked the post war variety circuit, singing Gilbert and Sullivan in period costume. They divorced when their son was five, and Tommy took the boy back to his native Scotland, where he proved academically gifted. However, he became fascinated by the music he heard in the Glasgow folk clubs, and felt galvanised towards a musical career by the likes of Bob Dylan, Joan Baez and British guitarist Davey Graham.

By 1967 he had moved back to London, living like a hobo and carrying only whatever he could cram into his guitar case. He changed his name to John Martyn on the advice of a booking agent and was snapped up by Island Records. His debut album, London Conversation, recorded in a few hours, had a somewhat conventional approach that did not reflect the true Martyn, who was soon introducing elements of jazz and experimental electronics into his music. “I didn’t like that finger-in-the-ear stuff,” he said later. “I’ve never been the morris dancing type. I’m a funky, not a folkie.”

Martyn was greatly touched to be given a lifetime achievement award at the Radio 2 folk awards in 2008. Speaking at the award ceremony, Martyn said:

“I didn’t set out to achieve anything. I was driven. I’m still driven. It wasn’t like a great mission to save folk music.”

Here’s a sneaky peek at their promotional video…..

Blythe Pepino – By the end of 2016, she had released her major label debut as front woman of Vaults, sung on that year’s John Lewis Christmas ad and toured with London Grammar.  Not one to compromise her artistic vision, in early 2017 she turned her back on the major label existence to pursue her penchant for the strange and left field with new band, Mesadorm.

Kit Hawes is a virtuoso guitarist, composer, singer songwriter and mandolin enthusiast. Coming from a musical family, Kit was steeped in folk and roots music from the outset; learning from his parents and the many musicians who would pass through the farm. At age 14, he dropped out of school to pursue a career as a professional musician  Kit has played all over the world and has gained a reputation as top class instrumentalist working with a wide range of artists including Seth Lakeman, Cara Dillon and Yola.

Pete Josef has always been a soul singer at heart, but his Multi-instrumental skill’s have led him into some interesting situations.  He has for years been recording and playing live with Roni Size and Reprazent, and fronts and co-produces the lo-fi house duo White Lamp with Darren Emerson(underworld). He spent the summer season of 2014 on tour as bass player and guitarist in Kelis’ live band, gracing the stages of Glastonbury festival, Jools Holland and Fuji Rock whilst in this time also working on his debut album ‘Colour’ which was featured at Gilles Peterson’s Worldwide Awards.

Sam Brookes In 2011 his eponymous debut Album saw him named as Sunday Times ‘Breaking Act’ and his independently released follow up Kairos was picked as one of the best albums of 2014 by The Independent. Considerable streaming success and support slots for the likes of Willy mason, Scott Matthews and Joan Armatrading have earned Sam a dedicated following and growing anticipation for his third album.

This website uses cookies to improve your experience while you navigate through the website. Out of these, the cookies that are categorized as necessary are stored on your browser as they are essential for the working of basic functionalities of the website. We also use third-party cookies that help us analyze and understand how you use this website. These cookies will be stored in your browser only with your consent. You also have the option to opt-out of these cookies. But opting out of some of these cookies may affect your browsing experience.
Necessary Always Enabled
Necessary cookies are absolutely essential for the website to function properly. This category only includes cookies that ensures basic functionalities and security features of the website. These cookies do not store any personal information.
Non-necessary
Any cookies that may not be particularly necessary for the website to function and is used specifically to collect user personal data via analytics, ads, other embedded contents are termed as non-necessary cookies. It is mandatory to procure user consent prior to running these cookies on your website.
SAVE & ACCEPT